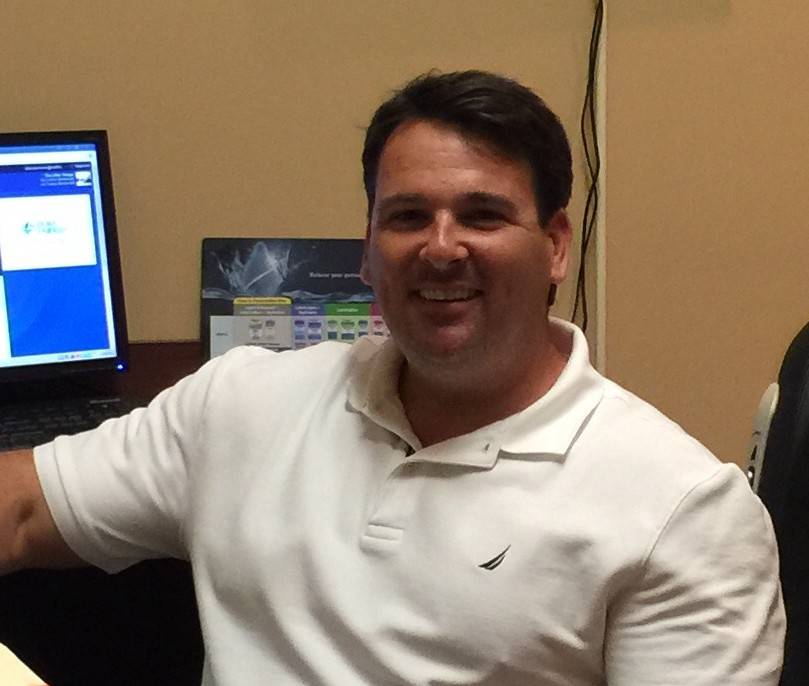 Dr. Jackson is from the small town of Saint Pauls, N.C. A lifelong Tar Heel, he attended Chapel Hill and received his undergrad degree in Business Administration. During his senior year, he decided to pursue optometry as a career. He enjoyed living in the Philadelphia area while earning his doctoral degree from Pennsylvania College of Optometry, but he was eager to return to southeastern N.C. where he belonged.

In the fall of 2003, Dr. Jackson moved to Wilmington and affiliated with Walmart as an independent optometrist. This evolved into a group practice with locations in Monkey Junction, Leland, Porters Neck, and Raleigh.

He is often asked when he plans to open his own private office. Sometimes people are surprised to learn that he has no intention of leaving his current setting. He appreciates the flexibility that his independent group practice offers and enjoys taking care of patients without the worries of selling a product. Being independent from the optical allows him to offer patients his best, unbiased advice. For patients who need correction, he feels that Walmart offers a great value on glasses and contact lenses.

Dr. Jackson loves his chosen career in optometry. He especially likes helping people with contact lenses, which he has worn since the age of 13. He enjoys sports, playing on Masonboro Island, traveling, and spending time with his wife and dog. He also enjoys eating, so he convinces himself that he likes to exercise too.